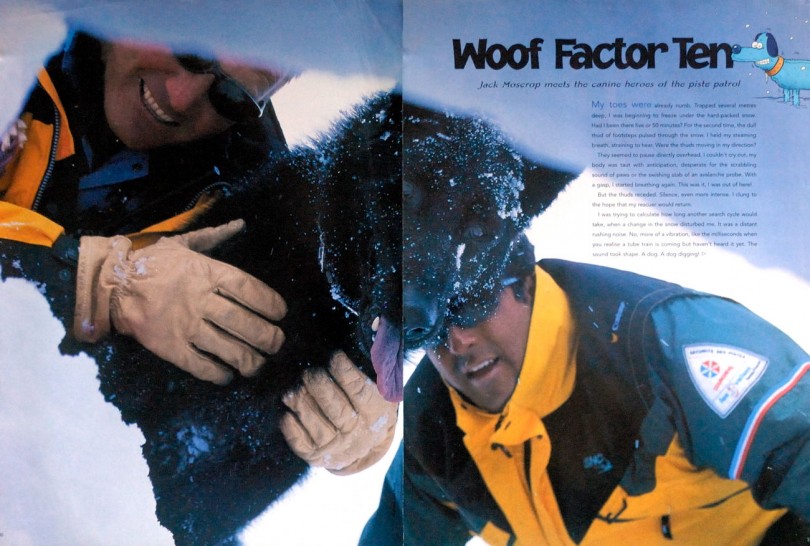 “Woof Factor Ten” published in Ski and Board. Fear not, avalanche rescue dogs are at hand when you ski France, as I discovered buried alive under the snow in Tignes.

Someone Furry Cares When You Ski France

My toes and fingers were already numb. Trapped several metres deep, I was beginning to freeze under the hard-packed snow. Had I been there for five minutes or fifteen? Probably longer.

For the second time, the dull thud of footsteps pulsed through the snow. I held my steaming breath, straining to hear. Were the thuds moving in my direction?

They seem to pause directly overhead. I couldn’t cry out. My body was taught with anticipation, desperate for the scraping sound of paws or the swishing stab of an avalanche probe. With a gasp, I started breathing again. This was it, I was out of here!

But the thuds receded until there was only silence again, even more intense. My rescuer would return; they had to return. I tried to calculate how long another search cycle would take. The numbers weren’t coming easily. I kept restarting the calculations. Suddenly, a change in the snow disturbed me…

…This full article is now available as part of a book called Snow Fever! Click here to get Snow Fever FREE!